You are logged in as a CMS user. Return to Site Manager X

Bowling Green State University was founded in 1910 and is located in Ohio, USA. The University has been recognised as one of the top 100 public universities in the US by the US and World News Report’s 'America’s Best Colleges’. Material in our collection has been sourced from the University’s impressive Browne Popular Culture Library. We have selected a collection of Underground and Alternative Press publications, a wonderful set of Fanzines and a variety of ephemera from the Vertical File Ephemera Collection. 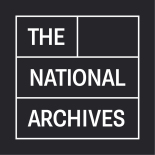 The National Archives in Kew is the UK government’s official archive, containing almost 1,000 years of history, with records ranging from parchment and paper scrolls through to digital files and archived websites. Our resource draws upon a number of files, including the HO and FCO files containing correspondence regarding censorship of obscene publications, student unrest and black power in the Caribbean, in addition to many more topics.

The Bancroft Library, part of the University of Berkeley, is one of the largest and busiest specialised collections in the United States, situated at the heart of UC Berkeley’s campus. The Library was officially opened in 1905 when the University of California acquired Hubert Howe Bancroft’s personal library. Bancroft’s collection began with the accumulation of books and manuscripts relating to San Francisco and the West, later expanding to encompass the Trans-Mississippi West. He donated his collection to the University of California in 1894. Our collection includes material sourced from the Library’s enormous Social Protest Collection, covering themes such as the civil rights movement and anti-Vietnam gatherings.

The MusicDayz archive, based in Devizes, UK, traces the day by day history of popular music from the late 19th century through to the early 21st century. Visitors to the site can explore facts about a plethora of artists and songs, many of which we have used in our detailed chronology. Every fact in the MusicDayz archive provides links to other sites and also acknowledges selected sites from where music can be purchased.

The Keep, University of Sussex

The University of Sussex celebrated its charter in 1961 and has gone on to become one of the leading research institutions in the UK. The Special Collections department, located in The Keep, holds a number of internationally acclaimed archival, manuscript and rare book collections relating to twentieth-century political and social history. We include a range of material from the collection of renowned journalist and outspoken writer Harvey Matusow, from underground press publications to news clippings, scripts and photographs. We also include a fine selection of photographs, pamphlets, news clippings and other ephemera from the Mai '68 collection as well as items from the Sussex University archives charting student activity on campus in the 1960s.

The Rock and Roll Hall of Fame and Museum

The Rock and Roll Hall of Fame and Museum, Inc. is the nonprofit organization that exists to educate visitors, fans and scholars from around the world about the history and continuing significance of rock and roll music. It carries out this mission through its operation of a world-class museum that collects, preserves, exhibits and interprets this art form and through its Library and Archives as well as its educational programs.  The Rock Hall’s Library and Archives is the world’s most comprehensive repository of materials relating to the history of rock and roll.

Other supporting libraries and organisations include:

The Communist Party of Great Britain

We would like to express our thanks to all who have helped with this project or who have given permission for us to include material, especially:

This is from the quartex-front-end repo.